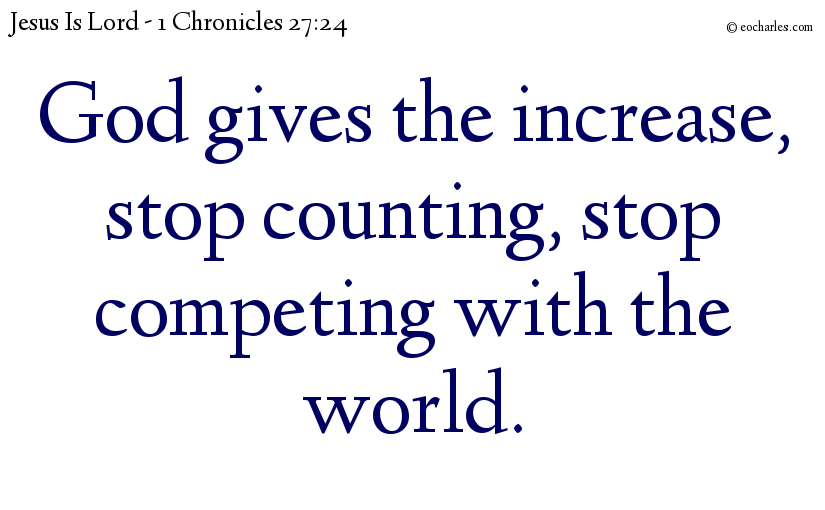 The numbering was started by Joab, the son of Zeruiah, but he did not go on to the end; and because of it, wrath came on Israel and the number was not recorded in the history of King David.
1 Chronicles 27:24

3)1Ch 21:1 Now Satan, designing evil against Israel, put into David’s mind the impulse to take the number of Israel.
1Ch 21:2 And David said to Joab and the captains of the people, Now let all Israel, from Beer-sheba to Dan, be numbered; and give me word so that I may be certain of their number.
1Ch 21:3 And Joab said, May the Lord make his people a hundred times more in number than they are; but, my lord king, are they not all my lord’s servants? why would my lord have this done? why will he become a cause of sin to Israel?
1Ch 21:4 But the king’s word was stronger than Joab’s. So Joab went out and went through all Israel and came to Jerusalem.

2)Jas 1:13 Let no man say when he is tested, I am tested by God; for it is not possible for God to be tested by evil, and he himself puts no man to such a test:
Jas 1:14 But every man is tested when he is turned out of the right way by the attraction of his desire.