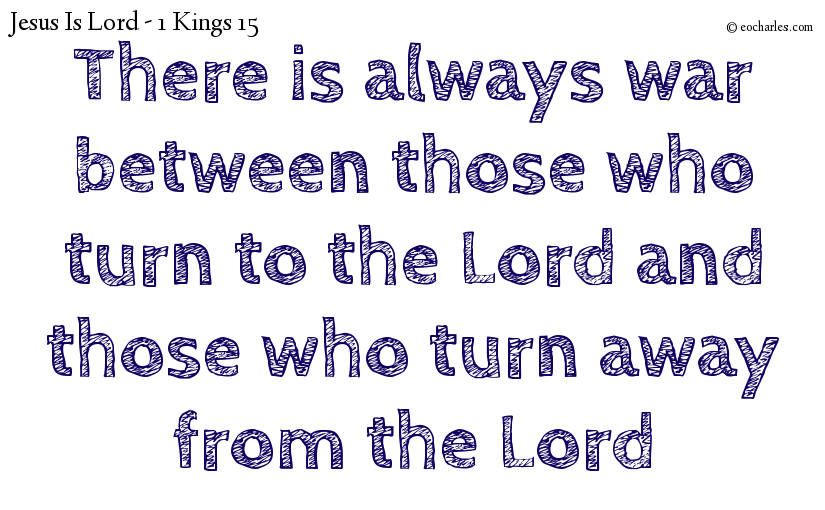 Now there was war between Rehoboam and Jeroboam all the days of his life.
1 Kings 15:6

1Ki 15:16 Now there was war between Asa and Baasha, king of Israel, all their days.

1Ki 15:20 So Ben-hadad did as King Asa said, and sent the captains of his armies against the towns of Israel, attacking Ijon and Dan and Abel-beth-maacah, and all Chinneroth as far as all the land of Naphtali.

1Ki 15:29 And straight away when he became king, he sent destruction on all the offspring of Jeroboam; there was not one living person of all the family of Jeroboam whom he did not put to death, so the word of the Lord, which he said by his servant Ahijah the Shilonite, came about;
1Ki 15:30 Because of the sins which Jeroboam did and made Israel do, moving the Lord, the God of Israel, to wrath.

1Ki 15:32 And there was war between Asa and Baasha, king of Israel, all their days.