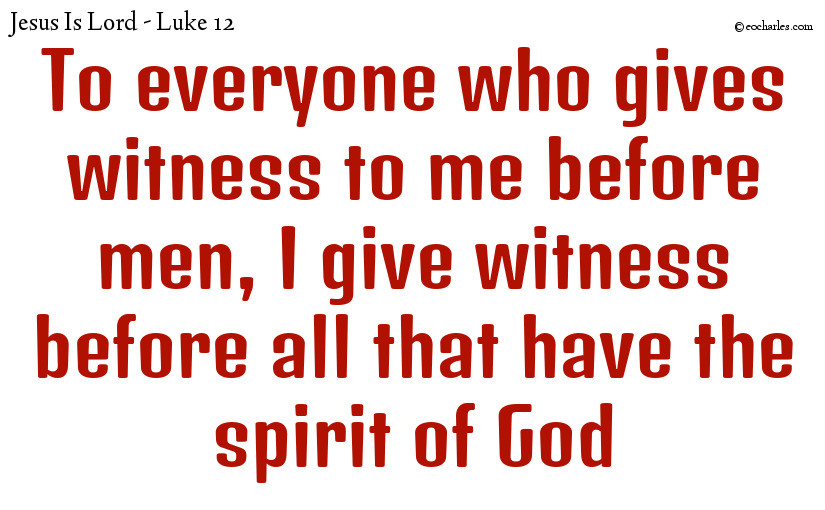 Luke 12:8
And I say to you that to everyone who gives witness to me before men, the Son of man will give witness before the angels of God. 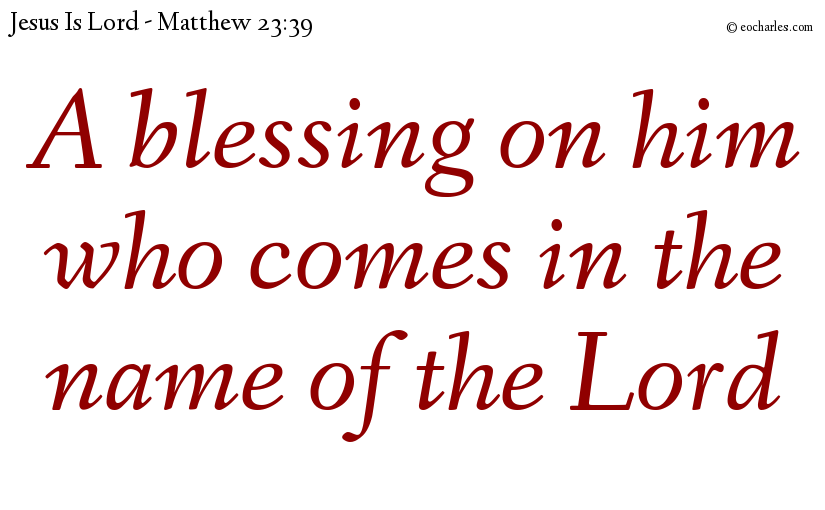 For I say to you, You will not see me from this time till you say, A blessing on him who comes in the name of the Lord.
Matthew 23:39 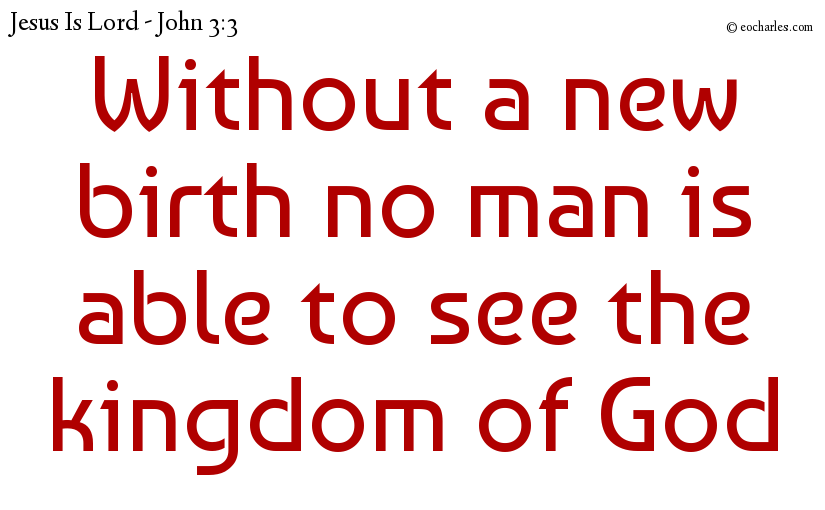 Jesus said to him, Truly, I say to you, Without a new birth no man is able to see the kingdom of God.
John 3:3

END_OF_DOCUMENT_TOKEN_TO_BE_REPLACED 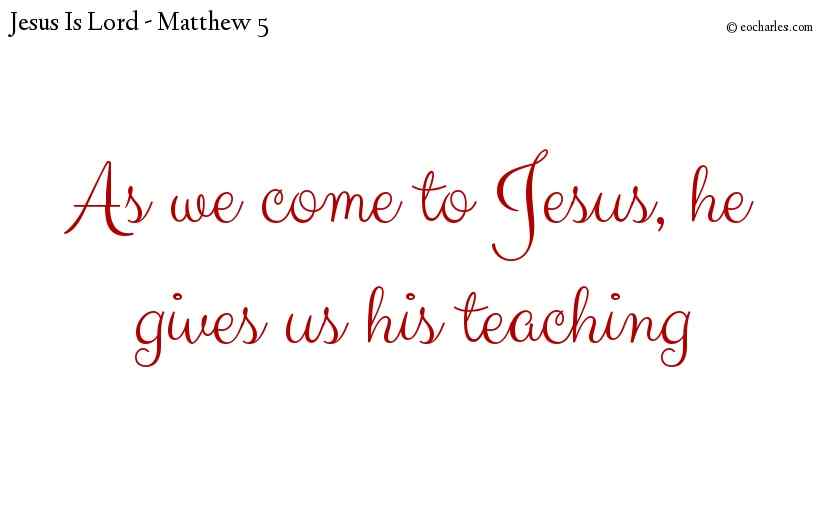 And seeing great masses of people he went up into the mountain; and when he was seated his disciples came to him.
Matthew 5:1

And with these words he gave them teaching, saying,
Matthew 5:2

END_OF_DOCUMENT_TOKEN_TO_BE_REPLACED 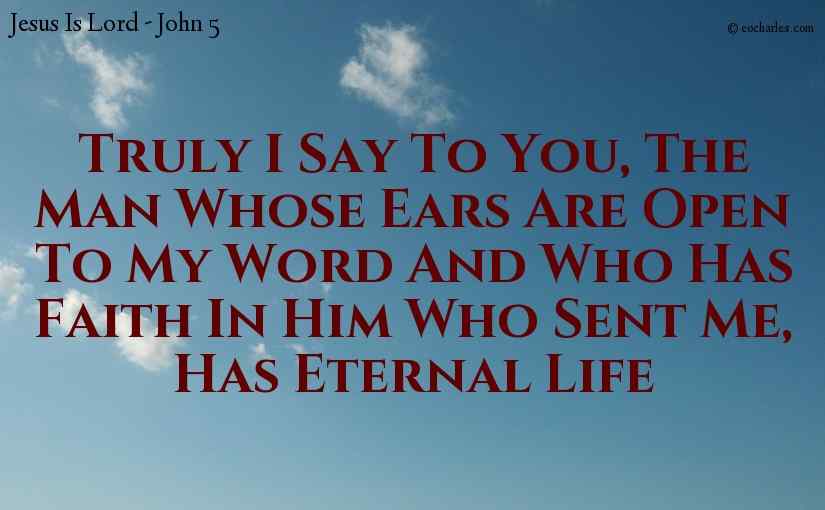 Truly I say to you, The man whose ears are open to my word and who has faith in him who sent me, has eternal life; he will not be judged, but has come from death into life.
John 5:24 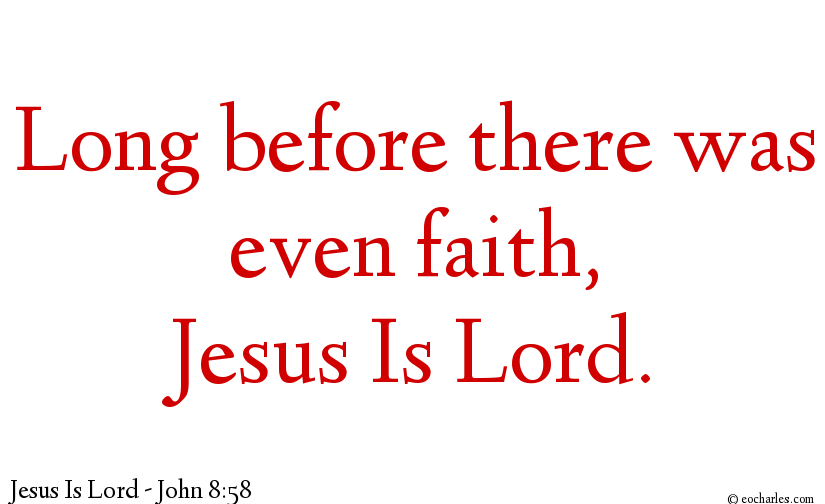 Joh 8:58 Jesus said to them, Truly I say to you, Before Abraham came into being, I am.

Before Faith, there was Jesus
Jesus is supreme above all men.

Mat 12:6 But I say unto you, That in this place is one greater than the temple.
KJV

But I say to you that something greater than the Temple is here. 4)1Pe 2:4 The Lord Jesus is the living stone. The people of the world decided that they did not want this stone. But he is the one God chose as one of great value. So come to him.
1Pe 2:5 You also are like living stones, and God is using you to build a spiritual house. You are to serve God in this house as holy priests, offering him spiritual sacrifices that he will accept because of Jesus Christ.
But if these words had been in your minds, My desire is for mercy and not for offerings, you would not have been judging those who have done no wrong. 5)Mat 9:13 You need to go and learn what this Scripture means: ‘I don’t want animal sacrifices; I want you to show kindness to people.’ I did not come to invite good people. I came to invite sinners.” 6)Mat 22:29 Jesus answered, “You are so wrong! You don’t know what the Scriptures say. And you don’t know anything about God’s power. 7)Isa 1:11 The LORD says, “Why do you continue giving me all these sacrifices? I have had enough of your sacrifices of rams and the fat from well-fed animals. I don’t want the blood of those bulls, sheep, and goats.
Isa 1:12 When you people come to meet with me, you trample everything in my yard. Who told you to do this?
Isa 1:13 “Don’t keep bringing me those worthless sacrifices. I hate the incense you give me. I cannot stand your festivals for the New Moon, the Sabbath, and other special meeting days. I hate the evil you do during those holy times together.
Isa 1:14 I hate your monthly meetings and councils. They have become like heavy weights to me, and I am tired of carrying them.
Isa 1:15 “When you raise your arms to pray to me, I will refuse to look at you. You will say more and more prayers, but I will refuse to listen because your hands are covered with blood.
Isa 1:16 “Wash yourselves and make yourselves clean. Stop doing the evil things I see you do. Stop doing wrong.
Isa 1:17 Learn to do good. Treat people fairly. Punish those who hurt others. Speak up for the widows and orphans. Argue their cases for them in court.” 8)Pro 17:15 The LORD hates these two things: punishing the innocent and letting the guilty go free.
For the Son of man is lord of the Sabbath. 9)Joh 5:17 But he said to them, “My Father never stops working, and so I work too.”
Joh 5:18 This made them try harder to kill him. They said, “First this man was breaking the law about the Sabbath day. Then he said that God is his Father! He is making himself equal with God!”
Joh 5:19 But Jesus answered, “I assure you that the Son can do nothing alone. He does only what he sees his Father doing. The Son does the same things that the Father does.
Joh 5:20 The Father loves the Son and shows him everything he does. This man was healed. But the Father will show the Son greater things than this to do. Then you will all be amazed.
Joh 5:21 The Father raises the dead and gives them life. In the same way, the Son gives life to those he wants to.
Joh 5:22 “Also, the Father judges no one. He has given the Son power to do all the judging.
Joh 5:23 God did this so that all people will respect the Son the same as they respect the Father. Anyone who does not respect the Son does not respect the Father. He is the one who sent the Son. 10)1Co 9:21 To those who are without the law I became like someone who is without the law. I did this to help save those who are without the law. (But really, I am not without God’s law–I am ruled by the law of Christ.) 11)Mar 2:28 So the Son of Man is Lord of every day, even the Sabbath.”

Greater than any Place of Worship,
Lover of Mercy, Not of Works,
True and Righteous judge
Jesus, Lord of The Holy Day
Jesus, Lord Of All Our Days.
Jesus, Lord Over All.