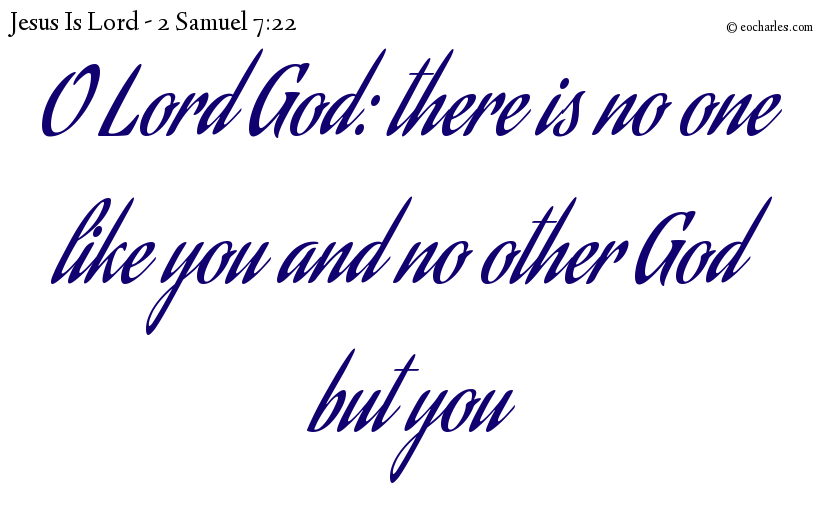 Truly you are great, O Lord God: there is no one like you and no other God but you, as is clear from everything which has come to our ears.
2 Samuel 7:22 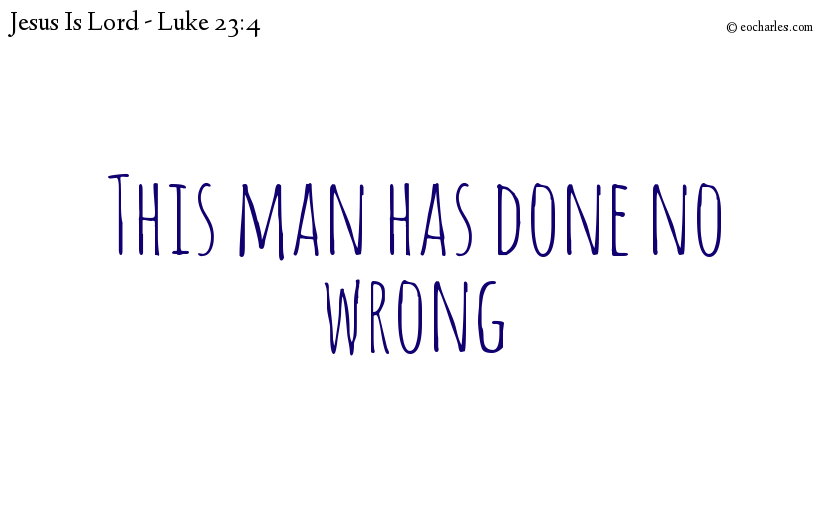 And Pilate said to the chief priests and the people, In my opinion this man has done no wrong.
Luke 23:4 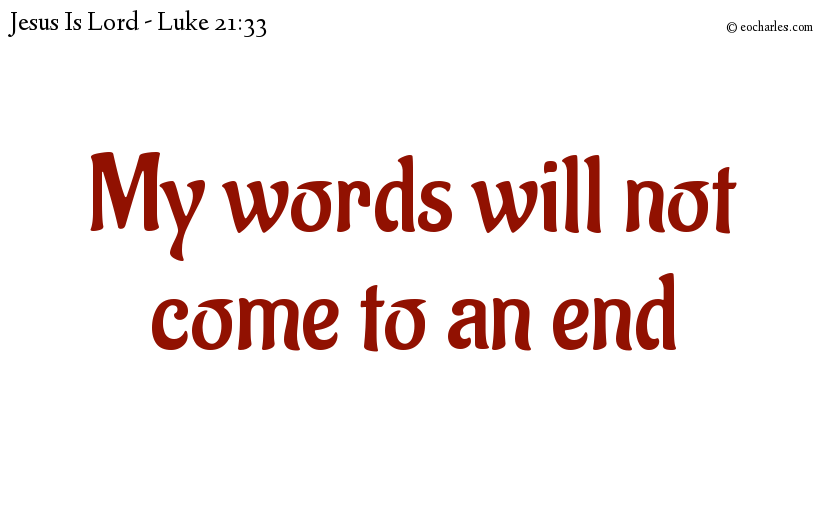 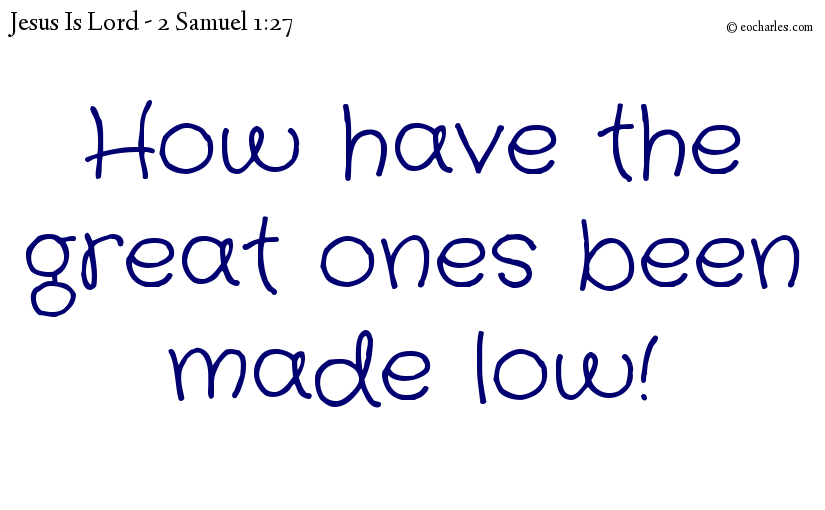 How have the great ones been made low, and the arms of war broken!
2 Samuel 1:27 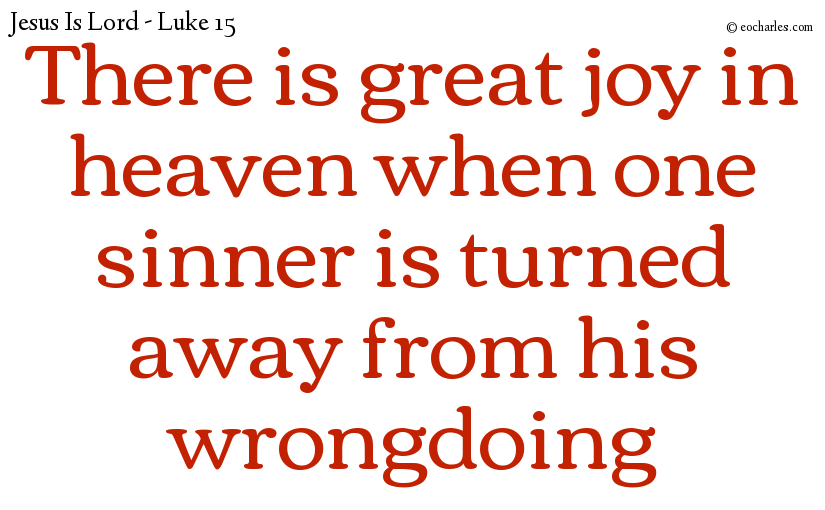 I say to you that even so there will be more joy in heaven when one sinner is turned away from his wrongdoing, than for ninety-nine good men, who have no need of a change of heart.
Luke 15:7 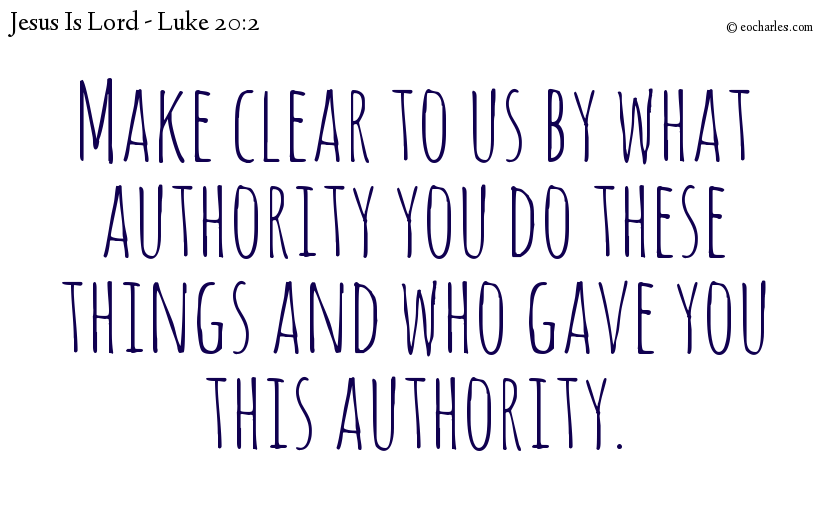 That the chief priests and the scribes and the rulers of the people came to him and said, Make clear to us by what authority you do these things and who gave you this authority.
Luke 20:2 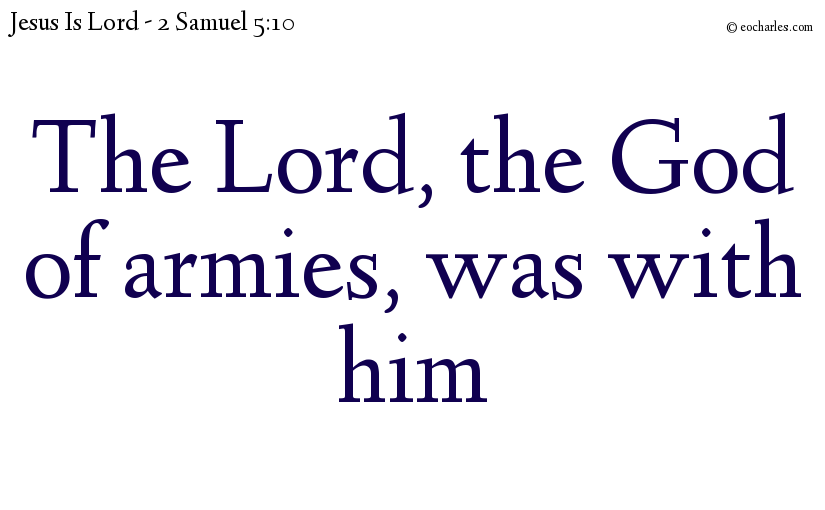 And David became greater and greater; for the Lord, the God of armies, was with him.
2 Samuel 5:10

1)2Sa 5:3 So all the responsible men of Israel came to the king at Hebron; and King David made an agreement with them in Hebron before the Lord: and they put the holy oil on David and made him king over Israel. 2)2Sa 5:10 And David became greater and greater; for the Lord, the God of armies, was with him. 3)2Sa 5:19 And David, desiring directions from the Lord, said, Am I to go up against the Philistines? will you give them up into my hands? And the Lord said, Go up, for I will certainly give up the Philistines into your hands. 4)2Sa 5:25 And David did as the Lord had said; and he overcame the Philistines, attacking them from Gibeon to near Gezer.