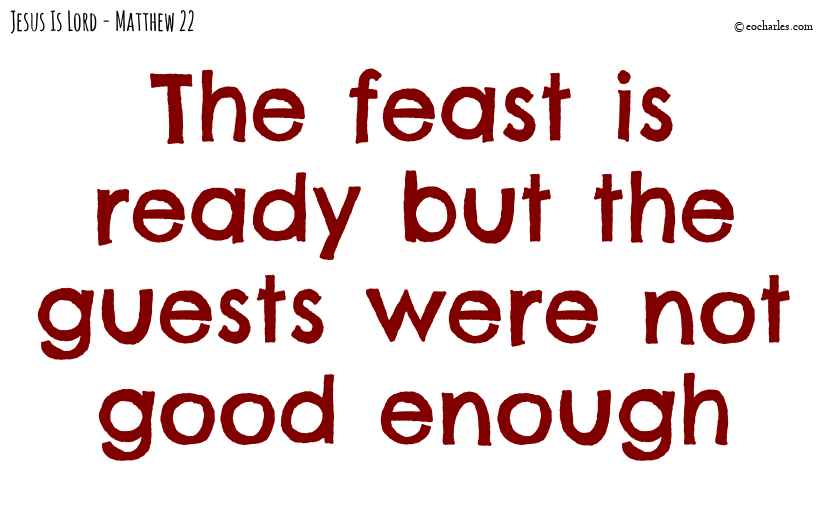 Then he said to his servants, The feast is ready but the guests were not good enough.
Matthew 22:8 BBE 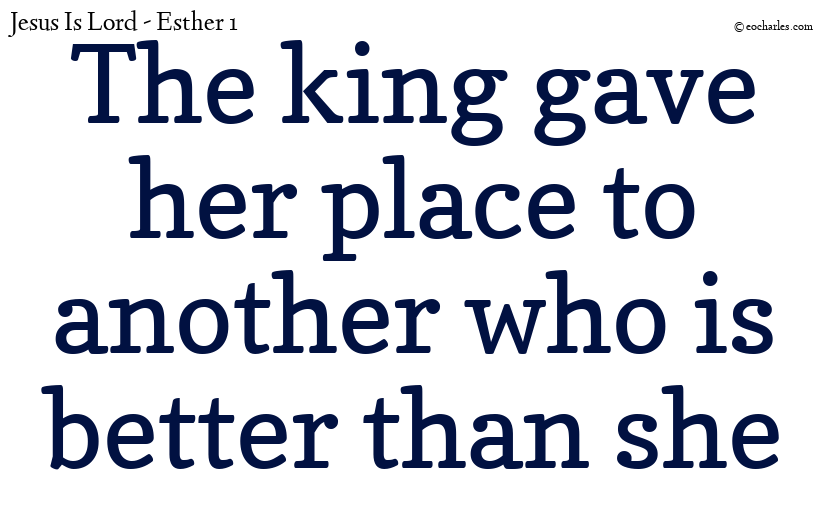 Esther 1:19
If it is pleasing to the king, let an order go out from him, and let it be recorded among the laws of the Persians and the Medes, so that it may never be changed, that Vashti is never again to come before King Ahasuerus; and let the king give her place to another who is better than she.

I pray,
that at all times when you have a calling of the Lord,
when the Lord calls upon you to do something,
that you may be ready and eager, on fire, to do it.
Blessed be our Lord,
and may his word be etched in your soul, Amen.

END_OF_DOCUMENT_TOKEN_TO_BE_REPLACED 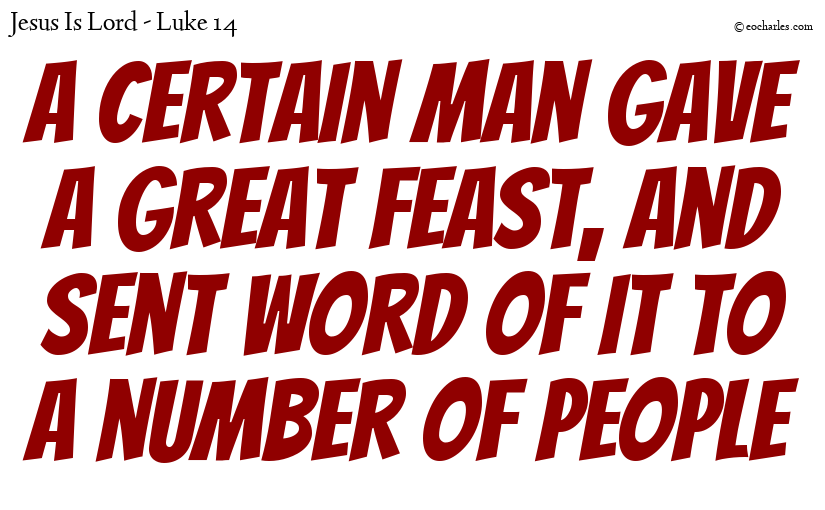 Luke 14:16
And he said to them, A certain man gave a great feast, and sent word of it to a number of people. 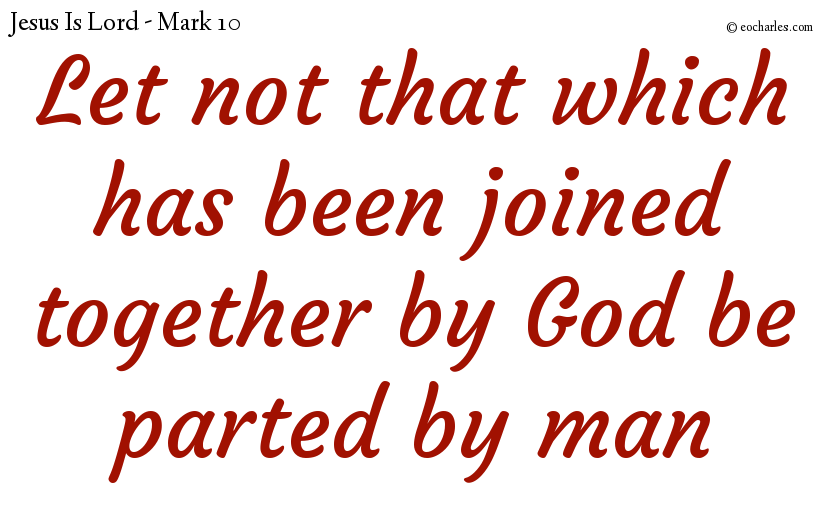 Let not that which has been joined together by God be parted by man.
Mark 10:9 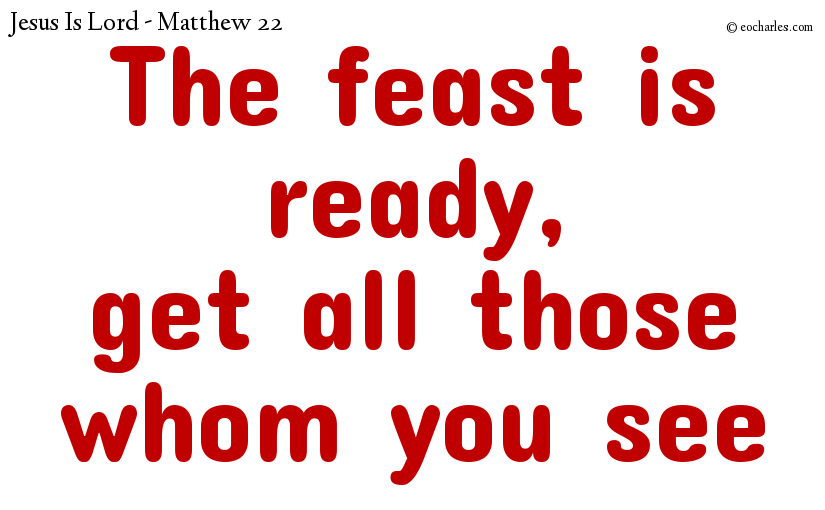 The kingdom of heaven is like a certain king, who made a feast when his son was married,
Matthew 22:2

Then he said to his servants, The feast is ready but the guests were not good enough.
Go then to the cross-roads, and get all those whom you see to come to the bride-feast.
Matthew 22:8-9