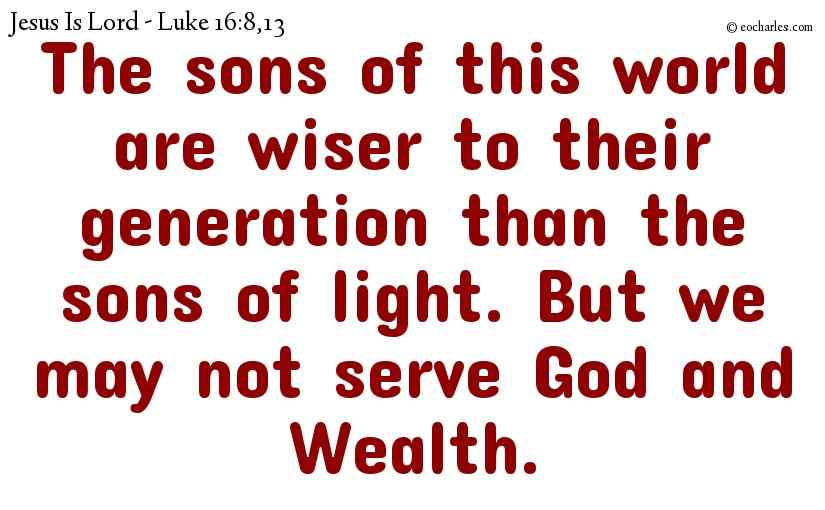 And his lord was pleased with the false servant, because he had been wise; for the sons of this world are wiser in relation to their generation than the sons of light.
Luke 16:8

Luk 16:15 And he said, You take care to seem right in the eyes of men, but God sees your hearts: and those things which are important in the opinion of men, are evil in the eyes of God.

Luk 16:23 And in hell, being in great pain, lifting up his eyes he saw Abraham, far away, and Lazarus on his breast.

Luk 16:25 But Abraham said, Keep in mind, my son, that when you were living, you had your good things, while Lazarus had evil things: but now, he is comforted and you are in pain.