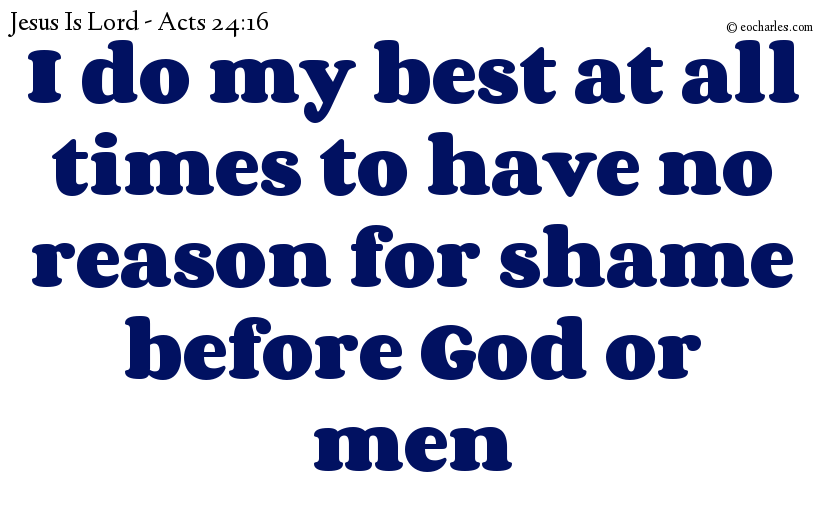 And in this, I do my best at all times to have no reason for shame before God or men.
Acts 24:16

Act 24:5 For this man, in our opinion, is a cause of trouble, a maker of attacks on the government among Jews through all the empire, and a chief mover in the society of the Nazarenes

Act 24:8 And from whom you will be able, by questioning him yourself, to get knowledge of all the things which we say against him.

Act 24:14 But this I will say openly to you, that I do give worship to the God of our fathers after that Way, which to them is not the true religion: but I have belief in all the things which are in the law and in the books of the prophets:
Act 24:15 Hoping in God for that which they themselves are looking for, that there will be a coming back from the dead for upright men and wrongdoers.
Act 24:16 And in this, I do my best at all times to have no reason for shame before God or men.