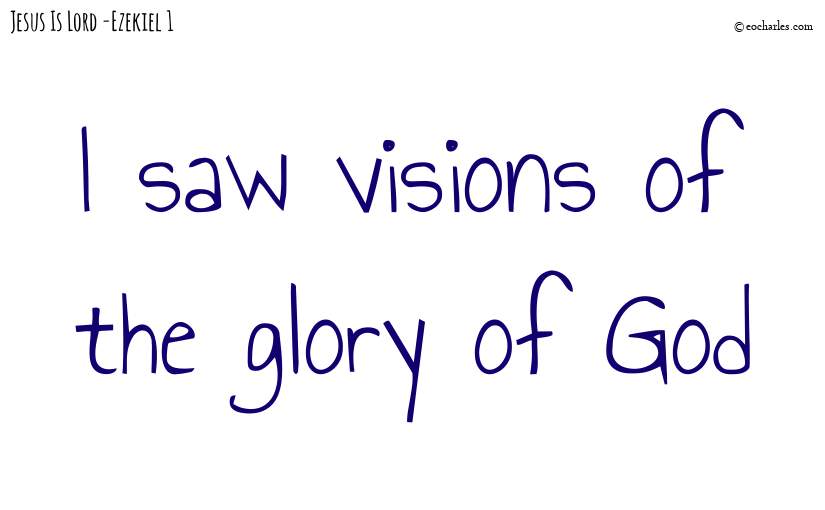 Now it came about in the thirtieth year, in the fourth month, on the fifth day of the month, while I was by the river Chebar among those who had been made prisoners, that the heavens were made open and I saw visions of God.
Ezekiel 1:1 BBE

Eze 1:26  And on the top of the arch which was over their heads was the form of a king’s seat, like a sapphire stone; and on the form of the seat was the form of a man seated on it on high.
Eze 1:27  And I saw it coloured like electrum1)glowing metal, with the look of fire in it and round it, going up from what seemed to be the middle of his body; and going down from what seemed to be the middle of his body I saw what was like fire, and there was a bright light shining round him.
Eze 1:28  Like the bow in the cloud on a day of rain, so was the light shining round him. And this is what the glory of the Lord was like. And when I saw it I went down on my face, and the voice of one talking came to my ears.