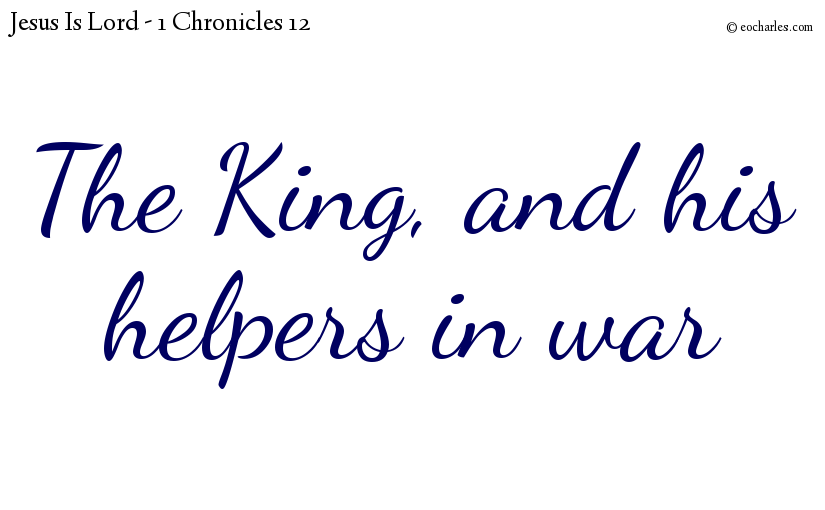 Now these are the men who came to David at Ziklag, while he was still shut up, because of Saul, the son of Kish; they were among the strong men, his helpers in war.
1 Chronicles 12:1

1Ch 12:21 And they gave David help against the armed bands, for they were all great men of war, and captains in the army.

1Ch 12:22 And from day to day more supporters came to David, till he had a great army like the army of God.

1Ch 12:38 All these men of war, expert in ordering the fight, came to Hebron with the full purpose of making David king over all Israel; and all the rest of Israel were united in their desire to make David king.
1Ch 12:39 For three days they were there with David, feasting at his table, for their brothers had made ready food for them.