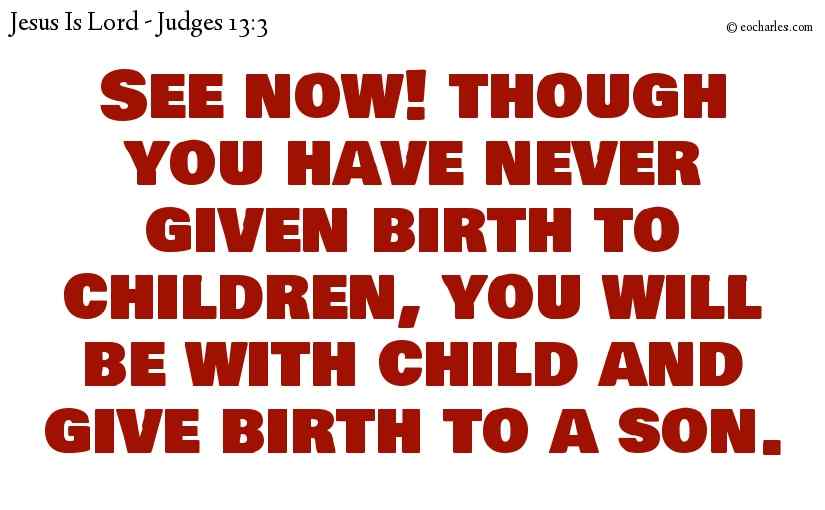 And the angel of the Lord came to the woman, and said to her, See now! though you have never given birth to children, you will be with child and give birth to a son.
Judges 13:3

So the woman gave birth to a son, and gave him the name Samson; and he became a man and the blessing of the Lord was on him.
Judges 13:24

1)Heb 11:32 What more am I to say? For there would not be time to give the stories of Gideon, Barak, Samson, and Jephthah, of David and Samuel and the prophets:
Heb 11:33 Who through faith overcame kingdoms, did righteousness, got their reward, kept the mouths of lions shut,
Heb 11:34 Put out the power of fire, got safely away from the edge of the sword, were made strong when they had been feeble, became full of power in war, and put to flight the armies of the nations.