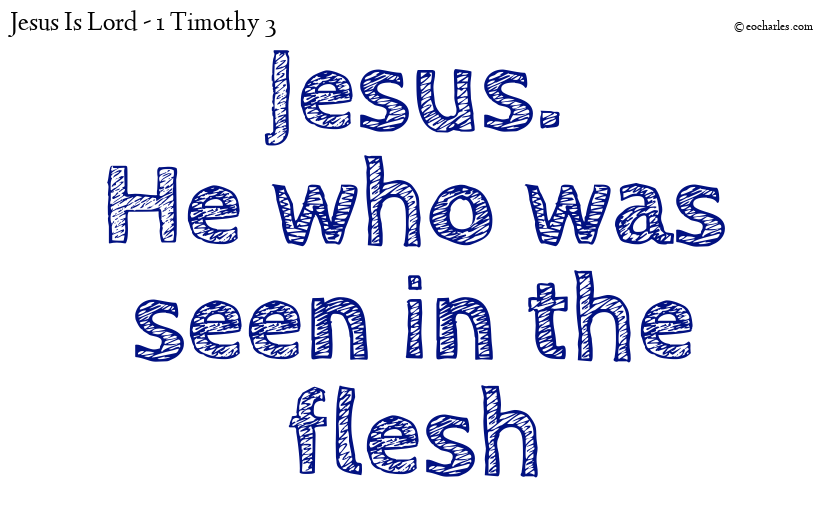 1 Timothy 3:16
And without argument, great is the secret of religion: He who was seen in the flesh, who was given God’s approval in the spirit, was seen by the angels, of whom the good news was given among the nations, in whom the world had faith, who was taken up in glory.

1)Joh 1:14 And so the Word became flesh and took a place among us for a time; and we saw his glory–such glory as is given to an only son by his father–saw it to be true and full of grace.