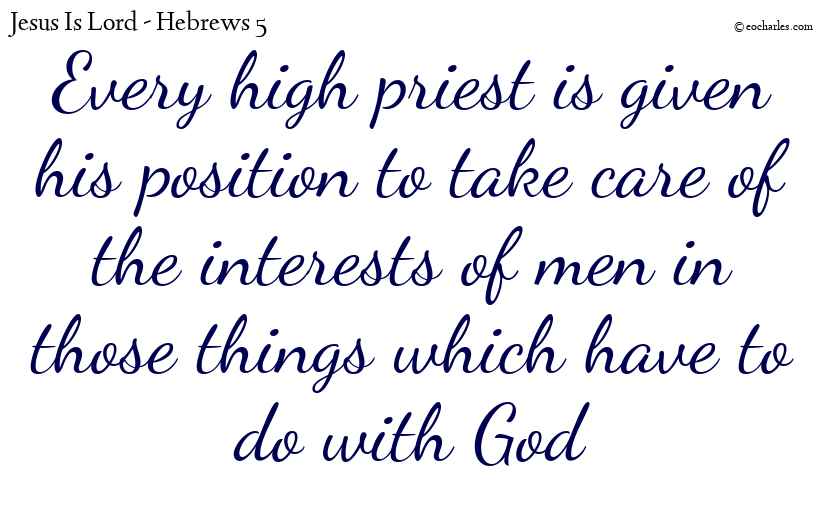 Hebrews 5:1
Every high priest who is taken from among men is given his position to take care of the interests of men in those things which have to do with God, so that he may make offerings for sins.

END_OF_DOCUMENT_TOKEN_TO_BE_REPLACED 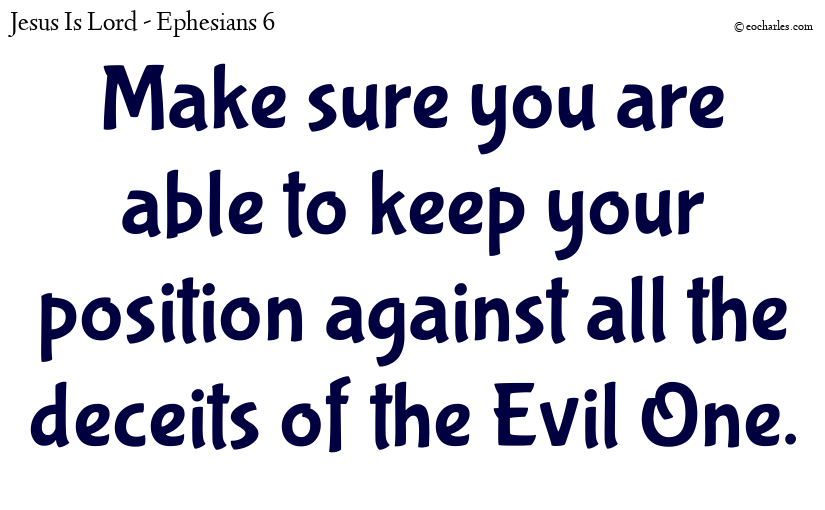 Ephesians 6:11
Take up God’s instruments of war, so that you may be able to keep your position against all the deceits of the Evil One.

Ephesians 6:12
For our fight is not against flesh and blood, but against authorities and powers, against the world-rulers of this dark night, against the spirits of evil in the heavens.

1)Eph 6:13 For this reason take up all the arms of God, so that you may be able to be strong in the evil day, and, having done all, to keep your place.
Eph 6:14 Take your place, then, having your body clothed with the true word, and having put on the breastplate of righteousness;
Eph 6:15 Be ready with the good news of peace as shoes on your feet;
Eph 6:16 And most of all, using faith as a cover to keep off all the flaming arrows of the Evil One.
Eph 6:17 And take salvation for your head-dress and the sword of the Spirit, which is the word of God:
Eph 6:18 With prayers and deep desires, making requests at all times in the Spirit, and keeping watch, with strong purpose, in prayer for all the saints,
Eph 6:19 And for me, that words may be given to me in the opening of my mouth, to make clear without fear the secret of the good news,
Eph 6:20 For which I am a representative in chains, and that I may say without fear the things which it is right for me to say. 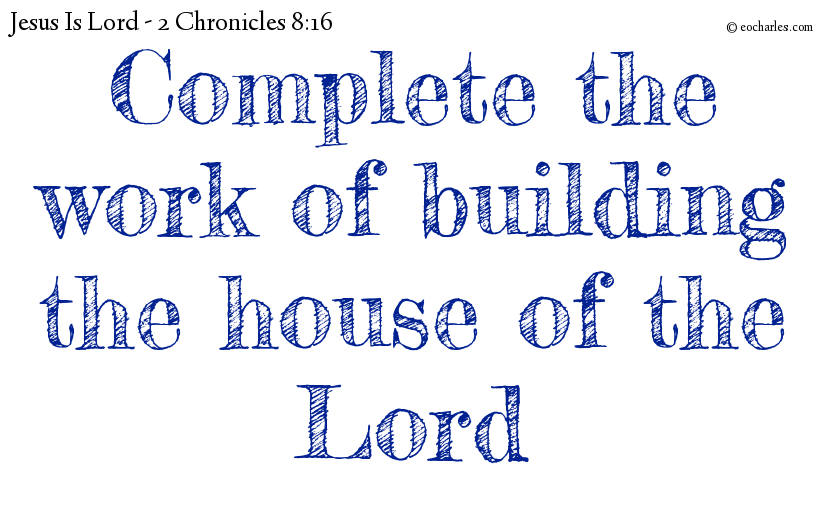 And all the work of Solomon was complete, from the day when he put the base of the Lord’s house in position, till Solomon had come to the end of building the Lord’s house.
2 Chronicles 8:16 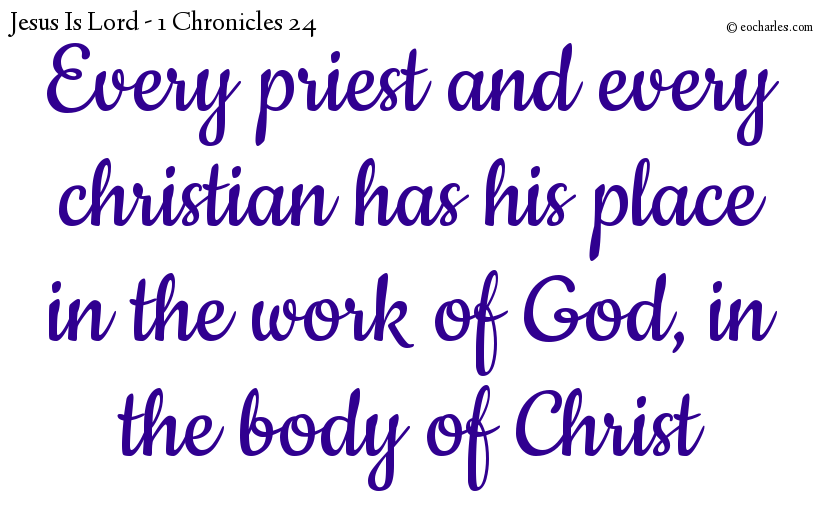 So they were put into their different groups, to take their places in the house of the Lord, in agreement with the rules made by Aaron their father, as the Lord, the God of Israel, had given him orders.
1 Chronicles 24:19

1)Rom 12:4 For, as we have a number of parts in one body, but all the parts have not the same use,
Rom 12:5 So we, though we are a number of persons, are one body in Christ, and are dependent on one another;
Rom 12:6 And having different qualities by reason of the grace given to us, such as the quality of a prophet, let it be made use of in relation to the measure of our faith;
Rom 12:7 Or the position of a Deacon of the church, let a man give himself to it; or he who has the power of teaching, let him make use of it;
Rom 12:8 He who has the power of comforting, let him do so; he who gives, let him give freely; he who has the power of ruling, let him do it with a serious mind; he who has mercy on others, let it be with joy. <fn>1Co 12:12 For as the body is one, and has a number of parts, and all the parts make one body, so is Christ.
1Co 12:13 For through the baptism of the one Spirit we were all formed into one body, Jews or Greeks, servants or free men, and were all made full of the same Spirit.</fn>