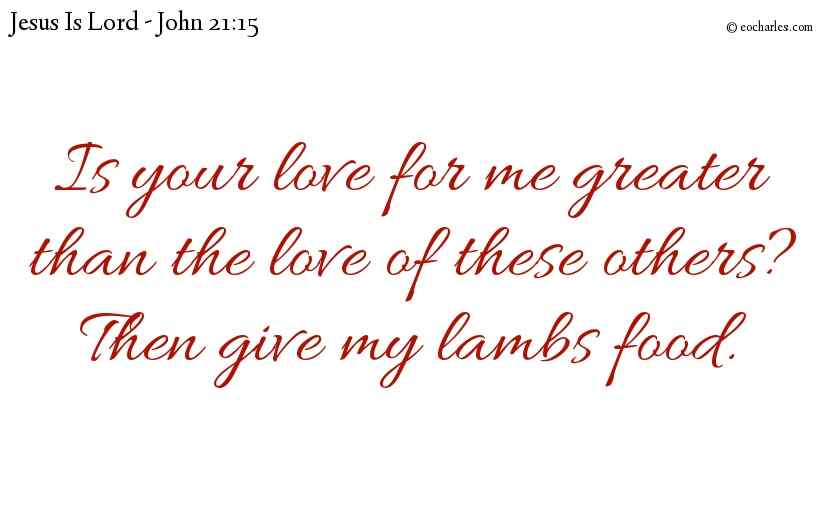 Then when they had taken food, Jesus said to Simon Peter, Simon, son of John, is your love for me greater than the love of these others? He said to him, Yes, Lord; you are certain of my love for you. He said to him, Then give my lambs food.
John 21:15 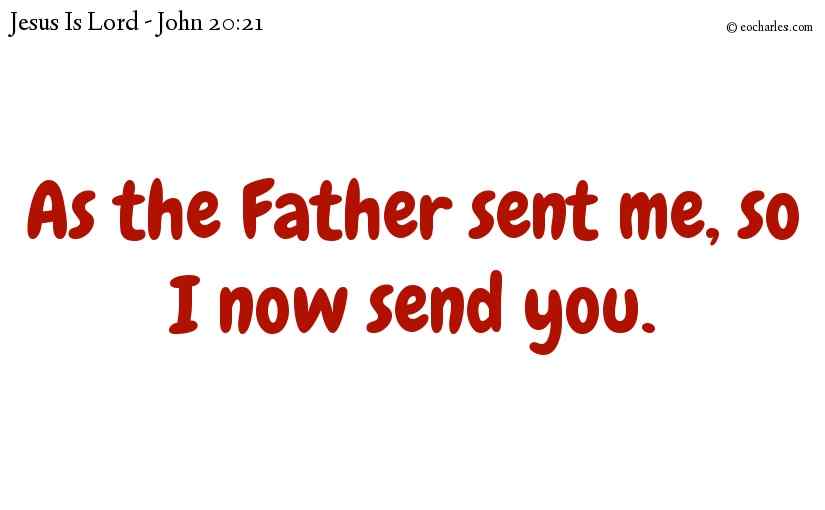 And Jesus said to them again, May peace be with you! As the Father sent me, even so I now send you.
John 20:21

END_OF_DOCUMENT_TOKEN_TO_BE_REPLACED 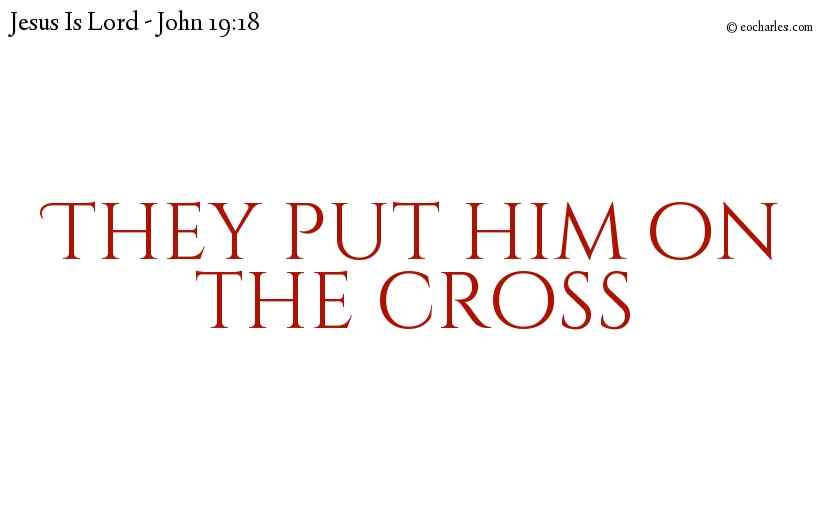 Where they put him on the cross with two others, one on this side and one on that, and Jesus in the middle.
John 19:18

END_OF_DOCUMENT_TOKEN_TO_BE_REPLACED 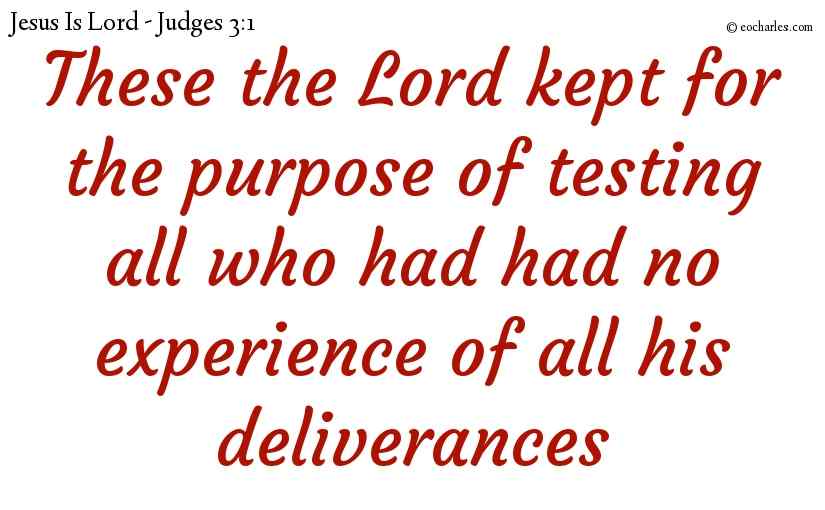 Now these are the nations which the Lord kept in the land for the purpose of testing Israel by them, all those who had had no experience of all the wars of Canaan;
Judges 3:1

1)1Pe 4:12 Dear brothers, do not be surprised, as if it was something strange, if your faith is tested as by fire

END_OF_DOCUMENT_TOKEN_TO_BE_REPLACED 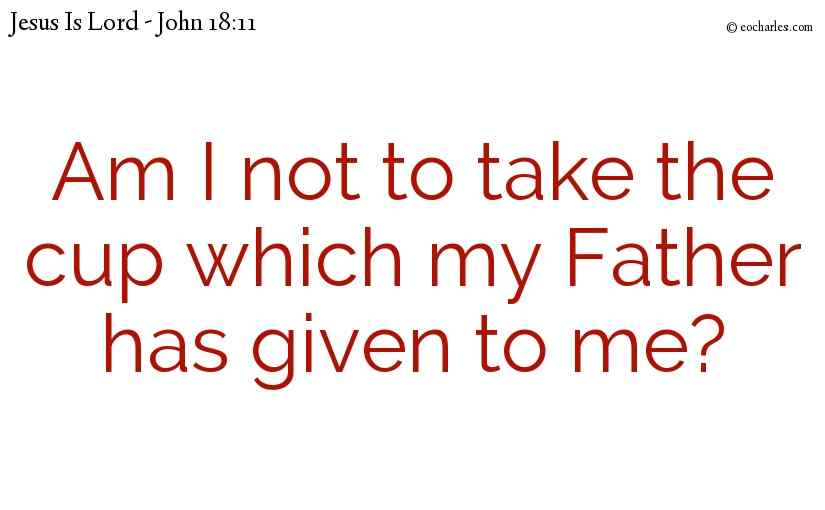 Then Jesus said to Peter, Put back your sword: am I not to take the cup which my Father has given to me?
John 18:11 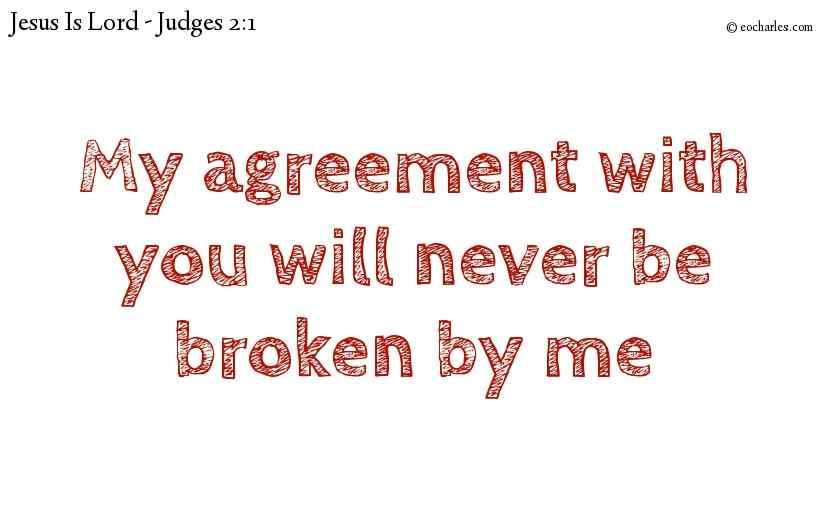 Now the angel of the Lord came up from Gilgal to Bochim. And he said, I took you out of Egypt, guiding you into the land which I gave by an oath to your fathers; and I said, My agreement with you will never be broken by me:
Judges 2:1

And you are to make no agreement with the people of this land; you are to see that their altars are broken down: but you have not given ear to my voice: what have you done?
Judges 2:2

And so I have said, I will not send them out from before you; but they will be a danger to you, and their gods will be a cause of falling to you.
Judges 2:3

1)Jos 5:13 Now when Joshua was near Jericho, lifting up his eyes he saw a man in front of him, with his sword uncovered in his hand: and Joshua went up to him and said, Are you for us or against us?
Jos 5:14 And he said, No; but I have come as captain of the armies of the Lord. Then Joshua, falling down with his face to the earth in worship, said, What has my lord to say to his servant? 2)Isa 63:9 It was no sent one or angel, but he himself who was their saviour: in his love and in his pity he took up their cause, and he took them in his arms, caring for them all through the years. 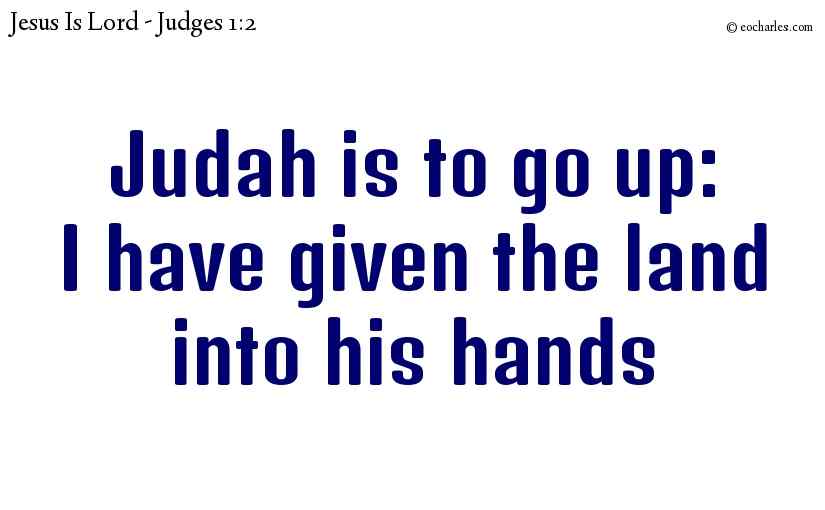 And the Lord said, Judah is to go up: see, I have given the land into his hands.
Judges 1:2