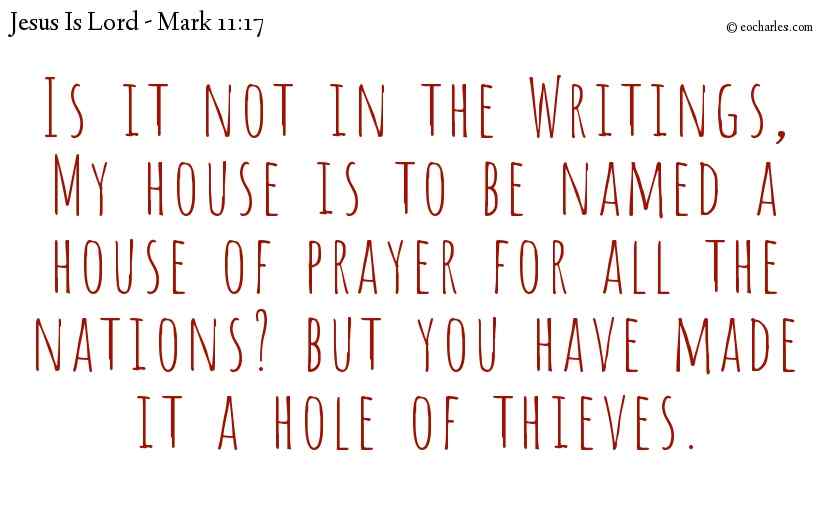 Mar 11:12 The next day, as they were leaving Bethany, Jesus became hungry.
Mar 11:13 Seeing in the distance a fig tree covered with leaves, he went to see if he could find anything on it. When he came to it, he found nothing except leaves because it wasn’t the season for figs.
Mar 11:14 So he told it, “May no one ever eat fruit from you again!” Now his disciples were listening to this.
Mar 11:15 When they came to Jerusalem, he went into the Temple and began to throw out those who were selling and those who were buying in the Temple. He overturned the moneychangers’ tables and the chairs of those who sold doves.
Mar 11:16 He wouldn’t even let anyone carry a vessel through the Temple.
Mar 11:17 Then he began to teach them: “It is written, is it not, ‘My house is to be called a house of prayer for all nations’? But you have turned it into a hideout for bandits!”
Mar 11:18 When the high priests and elders heard this, they began to look for a way to kill him, because they were afraid of him, since the whole crowd was amazed at his teaching.
Mar 11:19 When evening came, Jesus and his disciples would leave the city.
ISV