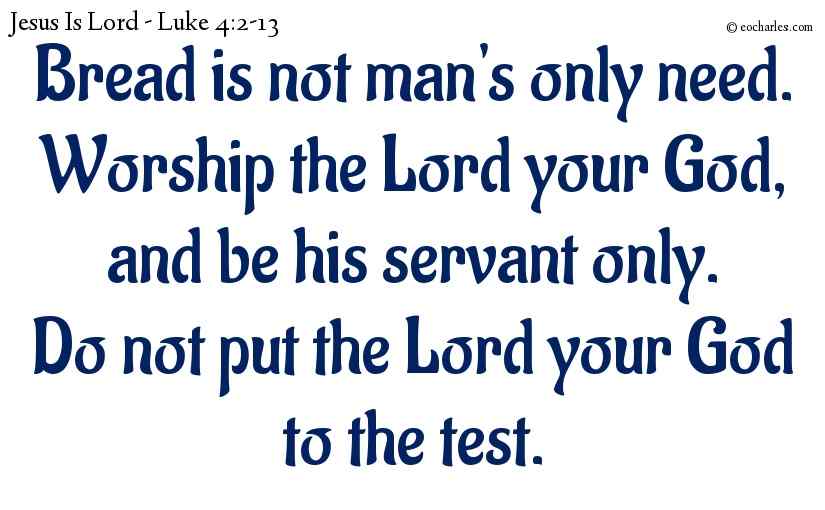 For forty days, being tested by the Evil One. And he had no food in those days; and when they came to an end, he was in need of food.
Luke 4:2