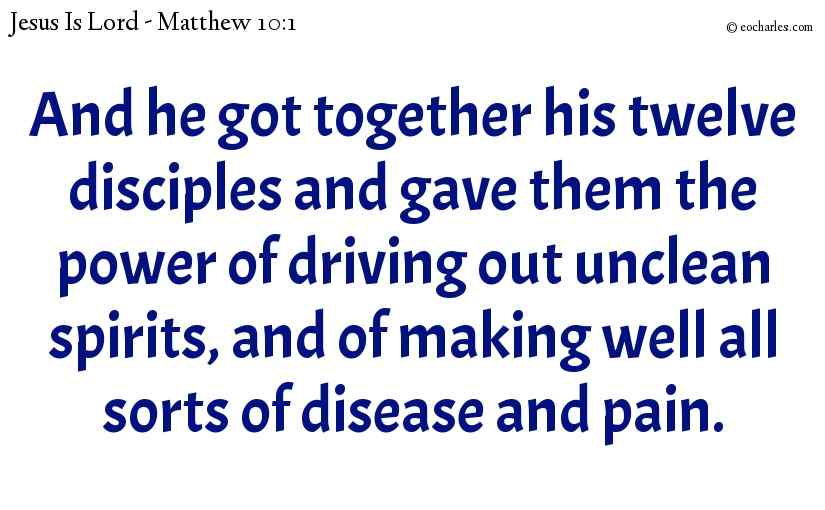 And he got together his twelve disciples and gave them the power of driving out unclean spirits, and of making well all sorts of disease and pain.
Matthew 10:1

Mat 10:16 See, I send you out as sheep among wolves. Be then as wise as snakes, and as gentle as doves.

Mat 10:24 A disciple is not greater than his master, or a servant than his lord.
Mat 10:25 It is enough for the disciple that he may be as his master, and the servant as his lord. If they have given the name Beelzebub to the master of the house, how much more to those of his house!

Mat 10:42 And whoever gives to one of these little ones a cup of cold water only, in the name of a disciple, truly I say to you, he will not go without his reward.