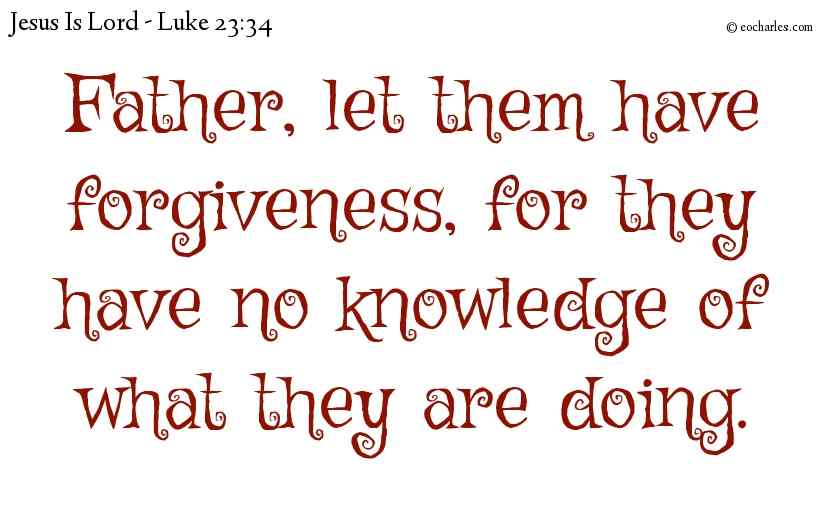 And Jesus said, Father, let them have forgiveness, for they have no knowledge of what they are doing. And they made division of his clothing among them by the decision of chance.
Luke 23:34

Luk 23:4 And Pilate said to the chief priests and the people, In my opinion this man has done no wrong.

Luk 23:14 You say that this man has been teaching the people evil things: now I, after going into the question before you, see nothing wrong in this man in connection with the things which you have said against him:
Luk 23:15 And Herod is of the same opinion, for he has sent him back to us; for, you see, he has done nothing for which I might put him to death.
1)Mat 27:19 And while he was on the judge’s seat, his wife sent to him, saying, Have nothing to do with that upright man, for I have had much trouble this day in a dream because of him.

Luk 23:41 And with reason; for we have the right reward of our acts, but this man has done nothing wrong.
2)Mat 27:3 Then Judas, who was false to him, seeing that he was to be put to death, in his regret took back the thirty bits of silver to the chief priests and those in authority,
Mat 27:4 Saying, I have done wrong in giving into your hands an upright man. But they said, What is that to us? it is your business.

Luk 23:47 And when the captain saw what was done, he gave praise to God, saying, Without doubt this was an upright man.