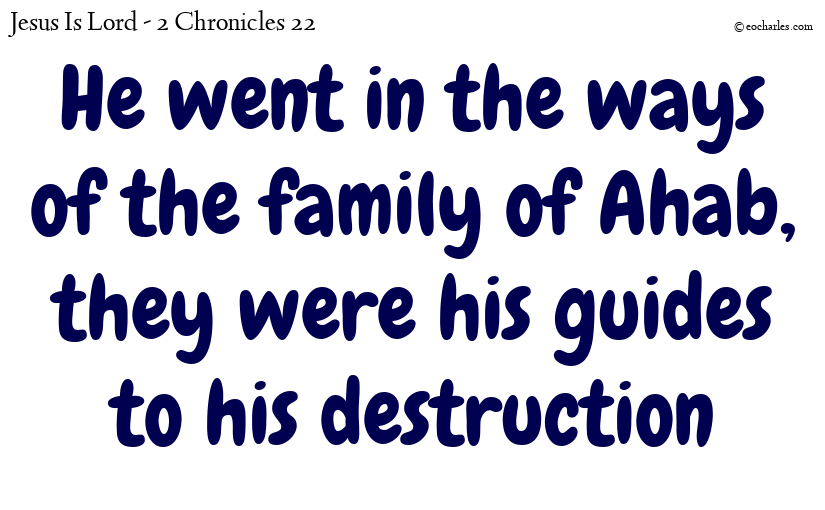 2 Chronicles 22:3
He went in the ways of the family of Ahab, for his mother was his teacher in evil-doing.

2 Chronicles 22:4
And he did evil in the eyes of the Lord, as the family of Ahab did; for after the death of his father they were his guides to his destruction.

But God in his mercy:

2Ch 22:11 But Jehoshabeath, the daughter of the king, secretly took Joash, the son of Ahaziah, away from among the king’s sons who were put to death, and put him and the woman who took care of him in a bedroom. So Jehoshabeath, the daughter of King Jehoram, the wife of Jehoiada the priest and sister of Ahaziah, kept him safe from Athaliah, so that she did not put him to death.