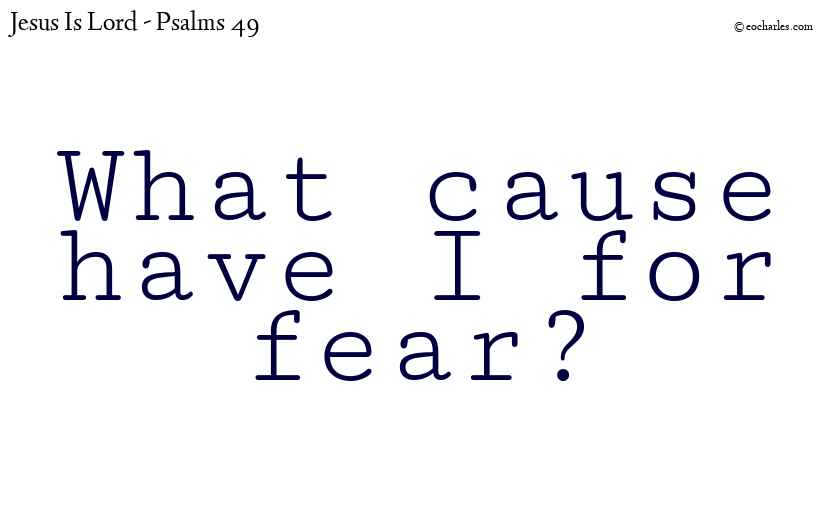 What cause have I for fear in the days of evil, when the evil-doing of those who are working for my downfall is round about me?
Psalms 49:5 BBE 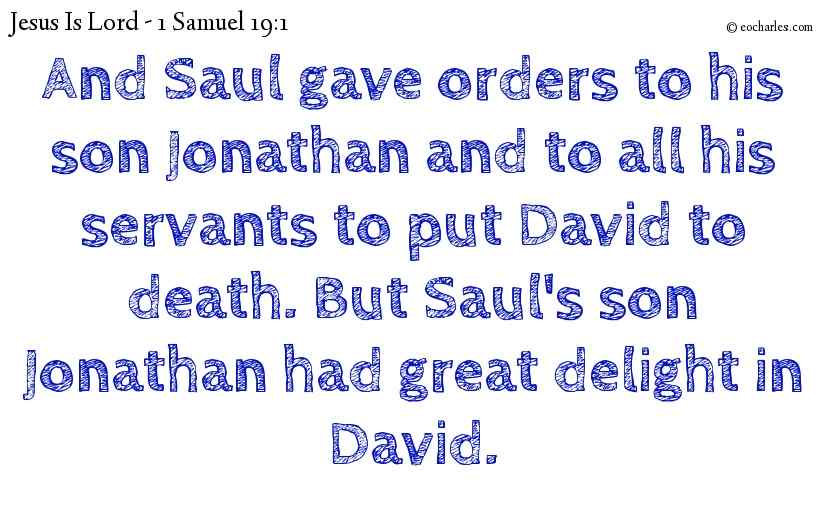 And Saul gave orders to his son Jonathan and to all his servants to put David to death. But Saul’s son Jonathan had great delight in David.
1 Samuel 19:1

Comment on an article urging homosexuals to come out of the closet.

Well Brian, I wanted to take a rather low profile on this site, but after reading your article I just had to react.

Let me begin by saying that each day that passes I find myself living more and more by the bible and that every word in the bible is actual today, all of it. It is just a matter of loving your neighbor as you love yourself and interpreting the bible for God’s sake and not for one’s own purposes.

About homosexuals and the people that hate them;
The bible states that homosexuality is not good. But the bible also states that you should love your neighbor, cover iniquities (cover misdeeds of others), have mercy and help all who are not on God’s path, not pervert the bible for your own sake, that God loves us all -even the sinners, he might be angry of their actions, but he loves us all -, and above all “vengeance is mine, says the lord” he will decide who to punish, and how.

Who will be punished more harshly, the homosexual or the person who has hate (Mat 5:21-22) in his heart for one of Gods children. Both the Old and New Testament are in agreement about that.

You are pulling some things out of context here, and if conservative exponents where not able to explain the verses it was because God did not want them to pervert the scriptures for their own reasons.

Exodus 21:7 “And if a man sells his daughter as a female slave, she is not to go free as the male slaves do.” (KJV)

How do male slaves go, well;

as they came , with nothing, in certain cases the female alluded to here will go with all the benefits she has accumulated.

Exo 21:8 If she does not please her master, who has betrothed her to himself, then he shall let her be redeemed. He shall have no power to sell her to a strange nation, since he has dealt deceitfully with her.
Exo 21:9 And if he has betrothed her to his son, he shall deal with her as with daughters.
Exo 21:10 If he takes himself another wife, her food, her clothing, and her duty of marriage shall not be lessened.
Exo 21:11 And if he does not do these three to her, then she shall go out free without money. (KJV)

These females were meant to become wives, and only if they were not taken as wives were they to be sent away empty handed. So the giving of these laws was to mitigate the length of slavery (6 years). And to lay down how female slaves were to be treated (either in a non-sexual sense or as wives, if you decided to sleep with them).
Before this, one can imagine that slavery was everlasting and female slaves were mere onsite free forced prostitutes. The giving of these laws imply that these issues are not “promoted” by the Old Testament.
And this is not only my interpretation, but the interpretation of the many scholars who have commented on the bible (Clarke, K&D)

The “Good Book” is a how to manual, but we need not “earn” God’s acceptance, just choose love, he loves us all unconditionally. To the first murderer he said that if he (Cain) did well he would be accepted;

Gen 4:6 And Jehovah said to Cain, Why have you angrily glowed? And why did your face fall?
Gen 4:7 If you do well, shall you not be accepted? And if you do not do well, sin crouches at the door; and its desire is for you, and you shall rule over it. (KJV)

“it is a chronicle of man’s inability to earn God’s acceptance through his own deeds” Huh?? I might be naive, but this is the first and I hope the last time I hear it called that, to me it is THE book of love, of unconditional love for God and of love for my neighbor as I love myself, and all its laws are centered on these two concepts.

Why is it adultery to lust after a woman that is not your wife? Who would want men to lust after their sisters, mothers or daughters? Love your neighbor as you love yourself.
And it is not unattainable; it is just your focus on life.

God’s standards are not impossible to reach; you just need to love, no matter what. Salvation is prophesized in the Old Testament and some say that every mention of the word salvation in the Old Testament is an allusion to Jesus. As stated before the New Testament offers no contrast to the Old Testament whatsoever, only a restatement. “Love your neighbor as yourself” Old Testament Lev 19:18, the Ten Commandments don’t kill, don’t commit adultery, don’t steal, don’t bear false witness, and various laws that in essence just describe the way we would like to be treated.

Ok, I guess I’ve made my point, I could go on but I only wanted to state that you are doing exactly what you accuse the conservatives of doing, using the bible for your own purposes. I think there is a better way, and it is the way of the bible, we have all sinned in one way or another, but we should and can love each other, no matter how large we perceive our neighbor’s sin to be.

The thing I found utterly disturbing in this article is that you cannot reject parts of the bible without rejecting the whole, because a house divided against itself can not stand (Mat 12:25, Mar 3:25 New testament) and as Jesus himself said;

Mat 5:17 Do not think that I have come to destroy the Law or the Prophets. I have not come to destroy but to fulfill.
Mat 5:18 For truly I say to you, Till the heaven and the earth pass away, not one jot or one tittle shall in any way pass from the Law until all is fulfilled.
Mat 5:19 Therefore whoever shall relax one of these commandments, the least, and shall teach men so, he shall be called the least in the kingdom of Heaven. But whoever shall do and teach them, the same shall be called great in the kingdom of Heaven. (KJV)

Lastly I would like to say to all who hate others for “sinning”;

So please DO NOT corrupt the words of the bible for your own gain, for that is a form of blasphemy in my view.

May God bless you all and keep you in his Love.