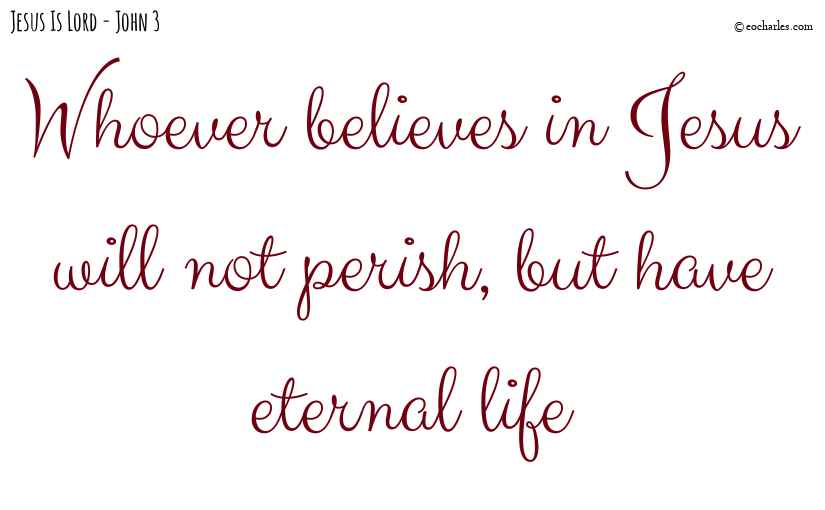 For God so loved the world, that he gave his one and only Son, that whoever believes in him should not perish, but have eternal life.
John 3:16 WEB

1)Joh 3:18 He who believes in him is not judged. He who doesn’t believe has been judged already, because he has not believed in the name of the one and only Son of God.
Joh 3:36 One who believes in the Son has eternal life, but one who disobeys the Son won’t see life, but the wrath of God remains on him.”